Geometric rugs have been a firm favorite of style conscious homeowners for many decades. Modern and elegant, this timeless style is constantly reinvented. Changes to the scale and colour of a design can give a pattern a hugely different aesthetic, from quiet and subdued to bold and brash. The number of geometric designs available on the market is always increasing as designers strive to meet demands for fresh on-trend pieces, yet the roots of these designs can often be traced back hundreds if not thousands of years, with early geometric motifs being dated at 5000 years old.

Find out more about choosing a rug design for your home

Geometric rugs have been created for thousands of years with many different areas of the world having their own interpretation. One of the most famous is Northwest Persia, with many designs featuring obvious rectilinear geometry. However, the term geometry is not only confined to designs with straight lines, but also those with medallions, scrolls and arabesques.  All of these require precision in angle and curve, in symmetry, size and positioning. The Islamic mathematicians and geometers were as much a part of the creation of the rug as the weavers themselves.

However, there is a clear divide between town and tribal rugs. Town designs tend to be finer in weave and more presise in their construction. One example of a town design is the Ardabil carpet, featuring the famous Sheikh Safi Medallion. Another example is the Serapi carpet. This type of rug features a very detailed small-scale design featuring a central medallion surrounded by an open space which is bordered by a palmette and vine border. This is one such example of a geometric design that has been inspired by floral patterns.

Tribal geometic designs can be found all over the world, including Caucasus, Turkey and Morocco. These designs are often woven from memory so have a wonderful sense of charm. Perhaps the most famous example is the Moroccan Berber Rug. These rugs feature a long shaggy pile and a diamond design. The interlocking lines that form the diamond shapes or not entirely straight or regular, but the imperfection of these designs is a large part of their appeal.

Modern geometric rugs are often influenced by the Art Deco Period of the early 20th Century as well as modernist art. However, inspiration can also be drawn from much further back in time. Geometric patterns can be traced back 5000 years to ancient Sumer, and also features heavily in ancient Egyptian, ancient Greek and Roman design. Motifs can featuring in anything from jewelry to pottery to architecture, but perhaps the most obvious is mosaics- after all like rugs they were designed for the floor. The designs of many contemporary geometric rugs are identifiable as historical patterns. Here are some examples of the most famous of these historical designs and how they have been used in contemporary rugs.

Fretwork is the name given to a series of interlocking lines held at right angles, that don't meet or seal each other off, creating a continuous design. It has no beginning and no end, so is a well known symbol for eternity. This pattern can be used as an allover design, creating a maze-like structure, or as a border. Probably the most famous Fretwork design is the Greek Key design. This was used in ancient Greek religious artwork as well as many aspects of design, and has been revisited many times throughout history during times of classic revival style.

This is the name given to a diamond (or parallelogram) shape which is arranged to butt like a checkerboard, rather than spaced out against a background. This name derived  from the 16th-century Italian theater movement 'Commedia dell'arte', as the jokers used to wear a patchwork costume created from pieces of fabric arranged in this design. However, this style of diamond design has been in use for far longer, and when created in less contrasting colours, can give an appearance of elegant simplicity.

This design if formed of repeating rows of V shapes, sometimes aligned to create a zig-zag like pattern. The name derives from the ribcage of a herring, which gives a similar design and is also used for a type of weave which gives this effect. You may also hear this word in the context of flooring or brickwork as pannels of wood or bricks can be arranged in this design. Herringbone shapes have been used in many types of arcticture, but perhaps most memorably, in the red brick walls of Tudor Houses.

This type of design is often not associated with other geometric designs due to it's curvelinear shapes. However it can be categorised as such, due to its deep sense of symmetry and structure. Arabesque designs often feature swirling organic looking shapes that interlock in a series of complex patterns. They originate from Islamic Art, and their specialty in this style may stem from the fact depicting living creatures is forbidden is Muslim Law. However similar styles are found in many different areas of style, including in Greco-Roman decoration as well as more modern European interpretations.

The thrill of a new visit to the magnificent country of Nepal last year, gave us a fresh burst of inspiration for a stunning new collection to be released this Autumn. In Nepal, colour really is everywhere. From the bustling market places to the Buddhist temples, and of course the continually crisp blue skies. We have interpreted this riot of colour in a range of exuberant new designs, combining energetic tones with modern neutrals that fit seamlessly with contemporary styles.

Throughout the design process, we have constantly referred to the current and future trends of interior design, whist retaining our original design vision. Endless sampling and advanced computer visuals have enabled an unprecedented level control over the design process, allowing us to tweak every detail, striving for perfection. We can be confident that our designs unique blend of simplicity and sophistication will allow the characteristic beauty of the Hand Knotted Rug to shine through.

We are passionate believers in the many handmade methods that are skilfully performed to create our rugs. The carding, the spinning, the dying, the hand knotting, the finishing- each and every step brings an extra dimension of character and soul. With all designs now sent to Nepal for creation, it is a joyous thought indeed that these hand knotted rugs will eventually go the full circle. Masterpieces without boundaries.

If you would like to find out more about the beautiful geometric rugs available at Bazaar Velvet, browse our rugs online, visit our London rug showroom, or contact us now.

Contemporary Rugs for a Rock and Roll Home

Signup to our newsletter

Easy Home Updates You Can Achieve During Lockdown

Our homes are our palaces, yet none of us imagined we would be spending as much time in them as we have during the past few weeks. Although our pool of past times is now somewhat limited,[...] 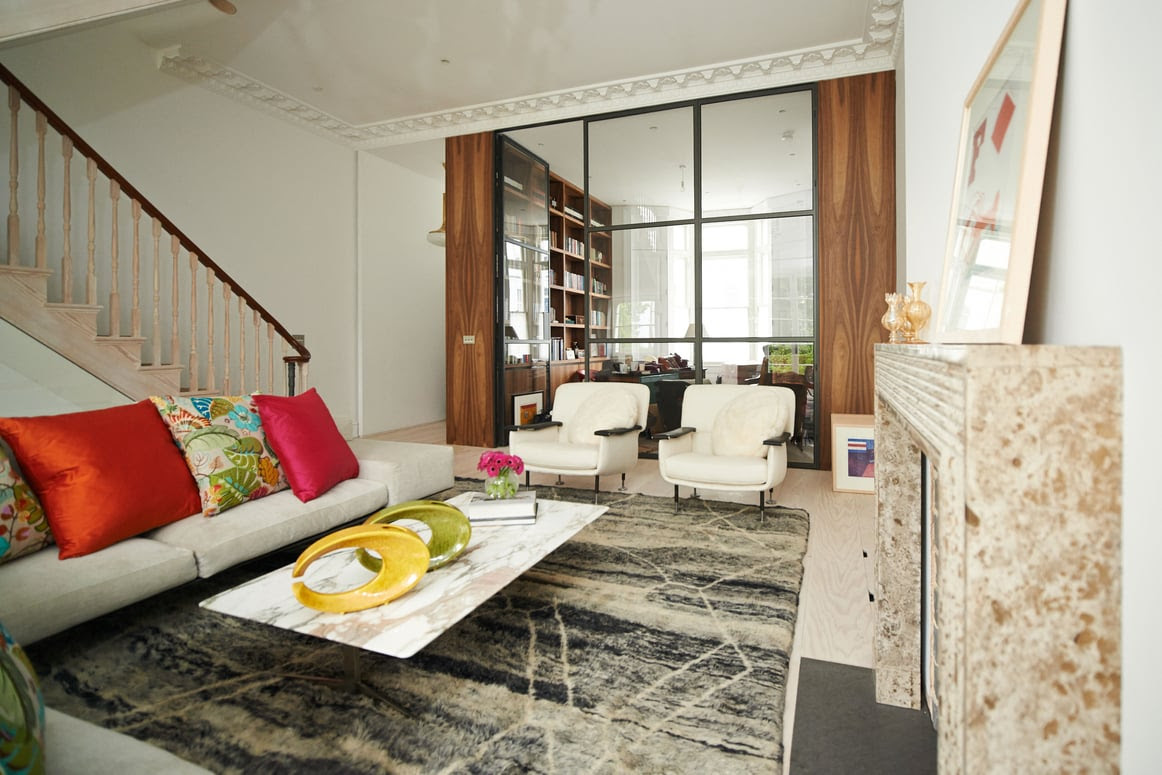 This is a difficult time for small independent business's like Bazaar Velvet, as well workers around the world, including our weavers in Nepal and India. Find out how we are adapting our services[...]

The new year is expected to bring a fresh new wave of interior styles, with raw natural materials, bold colours and decadent finishes all taking center stage. The interior looks for 2020 take[...] 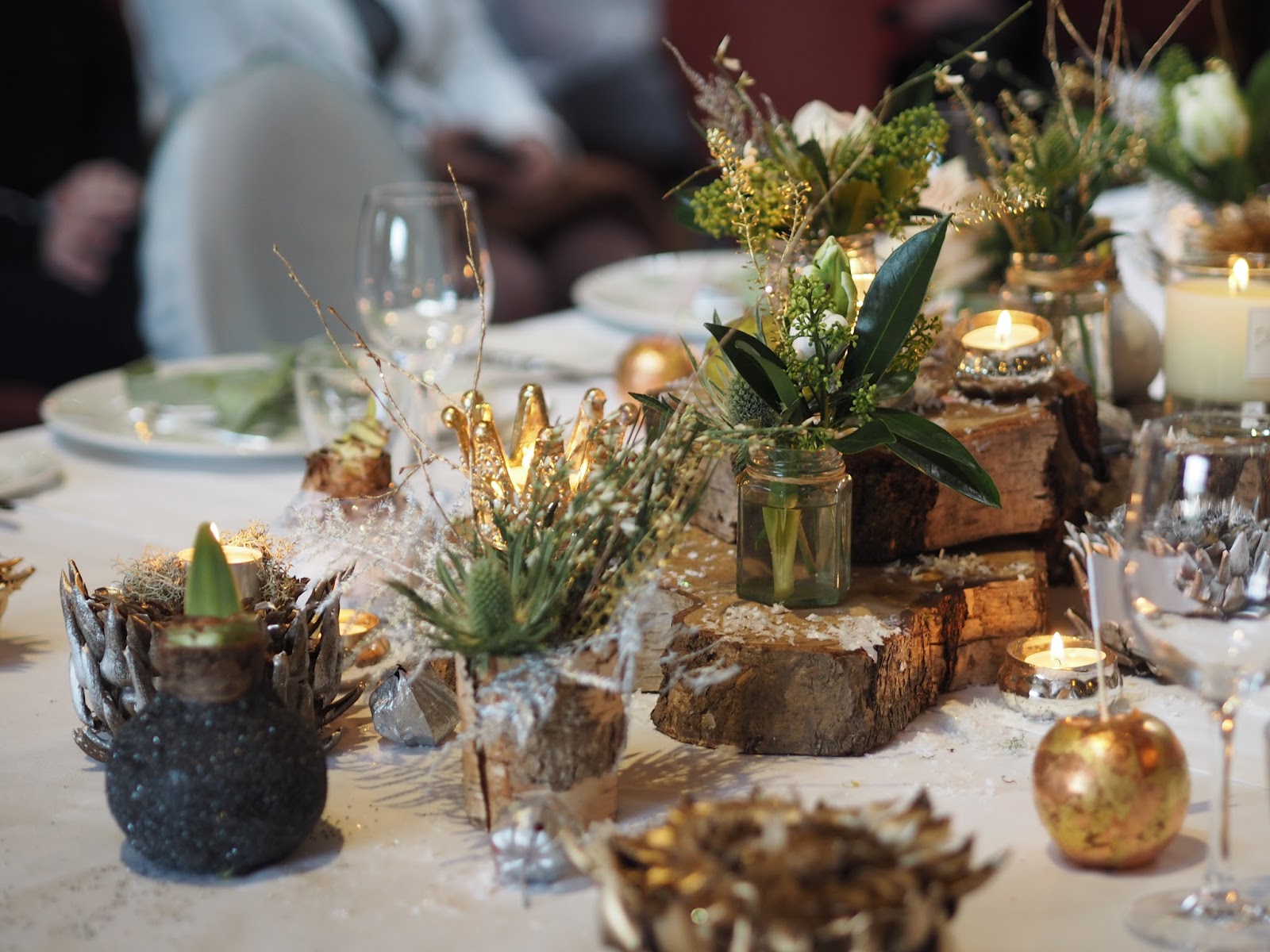 How to Style a Christmas Table

It's undeniable that a huge part of Christmas celebrations orbit around the festive table. From Pre-Christmas gatherings, to the all important Christmas Dinner itself, many hours will be spent[...]